After a 2016 Turkish acquisition, Mondi aims to take a big bite of this quirky sector
Vienna, November 2018 – Eating ice cream may seem like child’s play. Running an ice cream business certainly is not.

Mondi plunged head first into that market via its July 2016 acquisition of Turkish flexible packaging manufacturer Kalenobel, with that firm’s Istanbul headquarters and pair of production facilities in the northern Turkish city of Kirklareli.

Key factors such as seasonality, varied consumer behaviour, and novel production technology tend to make the ice cream packaging business a different animal from other consumer packaging sectors, and it takes some time to fully absorb all of the sector’s intricacies, according to Christian Hoeglund, Mondi business development manager for ice cream packaging. In a way, he muses, it required Mondi’s Consumer Goods Packaging group to take “an Ice Cream 101” crash course.

Not your typical packaging market
The sector’s peculiarities are underscored by some recent findings by the independent market consultancy Euromonitor International, which in July published a report titled “Brand Disruption in Ice Cream.” It cited growth in healthier alternatives to standard ice cream, as well as the rise of new niche products such as alcohol-infused ice cream, and even vegan ice cream.

There also tend to be country-specific trends. In Italy, for example, ice cream consumption is among the highest in Europe, but consumers there tend to buy the product from local kiosks, which means that Mondi sells more paper cups in Italy than cone sleeves. Eastern European markets, on the other hand, want a more diverse product offering from country to country. Additionally, noted Euromonitor, there is evidence that new players in emerging markets such as Georgia, Ukraine and Thailand can rise rapidly and seize market share.

It takes close monitoring to stay one step ahead of such a fast-changing consumer market.

Mondi Kalenobel, as the 550-employee business is now known, has been careful and deliberate in taking on this new challenge, learning about the market and creating a managerial and sales structure to properly handle the business. At the same time, Mondi Kalenobel has continued to take steps to establish itself as a packaging innovator in the ice cream world –– but more on that later.

Mondi’s dedicated focus on ice cream
What is clear is that Mondi now has a new, dedicated focus on serving the ice cream packaging sector, and that is reflected in the steps the company is taking to put a suitable organisation in place to staff and build that business.

First, some perspective: Euromonitor in 2017 estimated retail sales in the global ice cream market to be about US$74 billion, and growing. Europe accounts for roughly 30% of the global market, and consumption growth in the region is particularly driven by impulse purchases of the sweet treat. (“Impulse ice cream” is defined as a single portion sold in stick, cone or cup form.)

Mondi currently has a significant chunk of the overall European market, and understands the growth opportunities for forward-looking, innovative, well-run packaging operations serving the sector. Mondi intends to be at the front of that pack by harvesting the strategic geographic advantages Kalenobel provides. At the same time, Mondi will support the plant with its financially stable, multinational plant network that offers back-up production scenarios from other geographies.

Mondi Kalenobel already is Europe’s leading supplier of ice cream cone sleeves and a leading producer of cone lids, paper cups, and push-up tubes, which is a smaller, more specialised segment. Still, it sees room for further growth in all those product areas, as well as in squeeze-up tubes and push-up lids.

Hoeglund says that Mondi currently has 10 sales people assigned to the ice cream business in Europe and Russia alone, and is studying how best to structure its operation in North America. “We’re doing market mapping there now,” he adds, “and we plan to appoint someone to head that market by early 2019.”

Those employees now dedicated to the ice cream business represent a mix of seasoned veterans who came over with the Kalenobel acquisition and young, fresh talent, says Hoeglund, and they needed to be integrated into Mondi’s existing European sales structure. 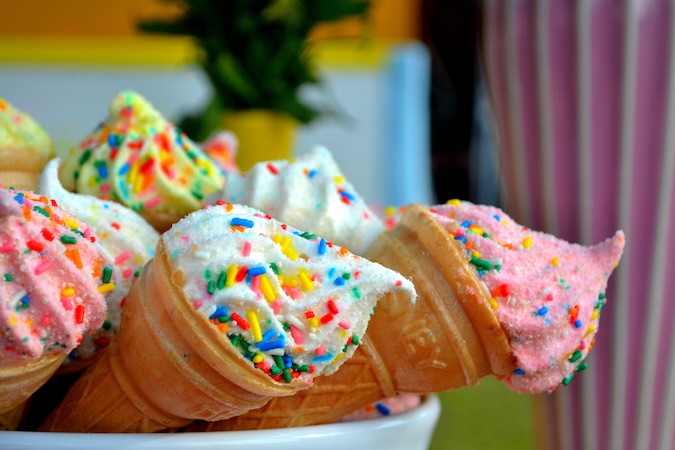 Big changes, good progress
It also took some time, he notes, for former Kalenobel staff who previously had been working for a family-owned Turkish company to adjust culturally to working for a publicly traded, Austrian-owned multinational. This all has required a learning curve, he admits, but good progress has been made.

“The general feeling in Kalenobel is very positive,” according to Hoeglund. The Turkish plants are very high performing and well managed, and they benefit from a strong work ethic, an extensive knowledge base, a high level of investment, and top-notch equipment.

The previously noted seasonality of the ice cream business means that, currently, about 50 cone sleeve machines run 24/7 for a couple of months per year. Mondi’s goal by 2019 is to leverage its global network so as to spread out production and reduce geographical dependencies.

Cone sleeves consist of kraft paper plus aluminum, and Mondi can leverage the logistical advantages of its internal supply chain since it is backward integrated with kraft paper plants in the same group.

At the same time, the company continues to explore more sustainable material options. Mondi Kalenobel is engaged in trials to make plastic-free ice cream packaging that does not require a polymer coating. It is testing use of different materials for making push-up tubes and squeeze-up tubes. Technical trials are due to begin soon, Hoeglund says, and, if successful will offer a more environmentally friendly specialty product.

A clear window on innovation
Another sign of Mondi Kalenobel’s continuing push to innovate and serve customers globally is illustrated by its recently commercialised, custom-designed cone sleeve that incorporates a clear plastic window that allows the consumer to see the sugar wafer cone underneath.

Family-owned sugar-cone maker Oexmann GmbH & Co. KG of Gelsenkirchen, Germany, approached Mondi in 2016, wondering if it could be done. “Mondi was the only supplier to accept this challenge,” says Sedat Igbar, commercial manager – Europe for Mondi Kalenobel. “And we did it. The first commercial products hit the shelves this past May.”

Oexmann, which first began making ice cream cones in Gelsenkirchen in 1926, ships these special sleeves half-way around the world to Auckland-based ice cream producer Fonterra Brands (New Zealand) Ltd., which is using them to package some of their premium cones. The oval clear window measures 2.3 cm high by 1.8 cm wide and is made of biodegradable film, per Oexmann’s wishes.

Mondi Kalenobel further created a small, see-through window, laser cut to the outline shape of the New Zealand island of Kapiti on the cone lid, allowing the consumer to view the ice cream below. Fonterra liked it, and Mondi is now supplying custom-made lids in addition to the cone sleeves.

“We’re focused on finding the solution –– even if it takes six months or a year,” stresses Igbar. “Mondi also has shown the ability to create convenient, easy-to-open packages to generate impulse purchases, as well as various sustainable solutions. We are truly a one-stop shop and major player in the ice cream packaging market.”

And now, notes Hoeglund, with two years under its belt in this business, Mondi is working to create the optimum organizational structure to further feed and maximise its strong position in the very cool, very different ice cream market –– in Europe and beyond.

Mondi has a dual listed company structure, with a primary listing on the JSE Limited for Mondi Limited under the ticker MND, and a premium listing on the London Stock Exchange for Mondi plc, under the ticker MNDI. Mondi is a FTSE 100 constituent, and has been included in the FTSE4Good Index Series since 2008 and the FTSE/JSE Responsible Investment Index Series since 2007.